A lot has happened in Thailand since the 2nd edition of Very Thai was launched. King Bhumbol passed away on 13 October 2016, beginning the reign of King Vachiralongkorn. The Bangkok Shutdown protests, the coup of 2014 and the subsequent junta regime have changed many things about the country’s popular culture, especially in the capital.

In particular the junta and BMA have targeted the informal economy, evicting communities, closing famous markets, banishing streetfood and vendors from most of downtown, reorganising motorcycle taxis and car taxis, buses, boats and other streetlife. They have also affected nightlife, media, entertainments, and the river, among many other things. Meanwhile, movements like new curated markets have made a big splash. In addition, the world has shifted ever more into the digital realm, with apps becoming a major feature of Bangkok life.

This update has kept the structure of the book the same, but affected most chapters in some way. 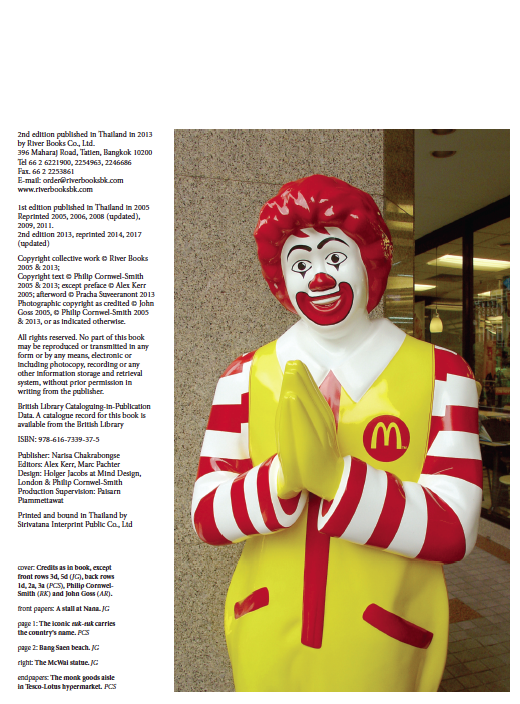 Posted in: about the book, Blog,