The India-Thailand connection: “Very Bangkok” is Philip Cornwel-Smith’s long awaited follow-up to his iconic book “Very Thai”. A longtime cultural observer of all things in Thailand, Cornwel-Smith is keenly aware of a construct of “Thai-ness” that is often quite different to the experienced lives of Thai peoples within their own popular culture. Using a non-Western, non-categorical approach in his new book, he instead looks at popular Thai culture through a multitude of senses. In this rambling conversation he discusses the historical and cultural connections between India and Thailand, Hinduism and Buddhism in Thailand today, why Hinduism has become more popular in Thailand, and how sex and alternative sexual lifestyles are viewed in Thai culture. 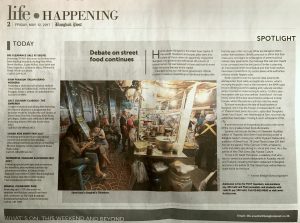 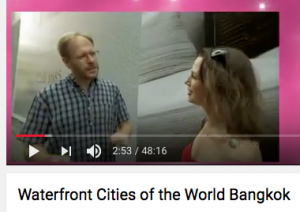 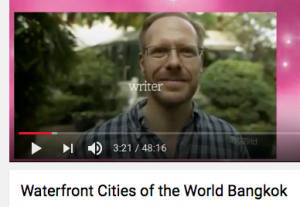 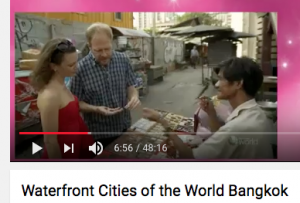 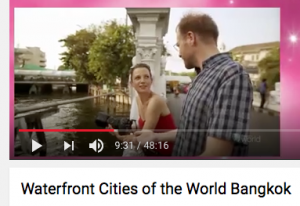 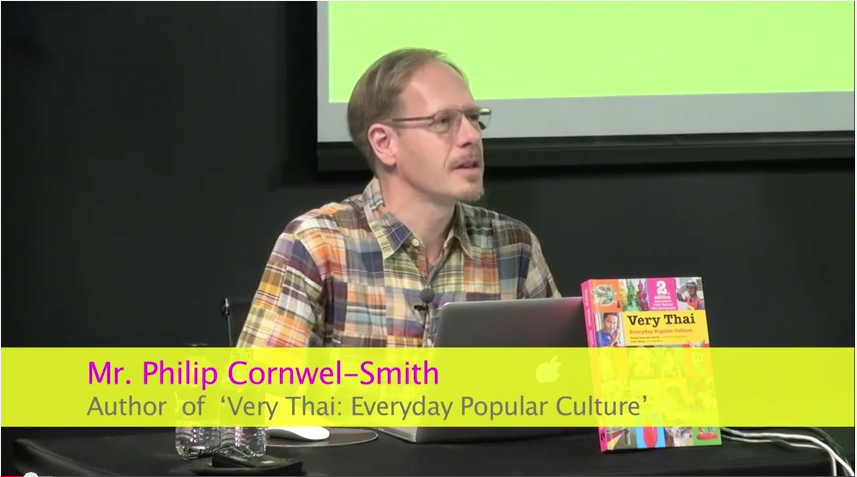 Tools to Untie Thainess: How I Wrote Very Thai

The Graphic Design Association of Thailand held a 2-day symposium on Thainess in graphic design, called Somewhere Thai. One of only two western speakers among the Thai program at Bangkok Art & Culture Centre, Philip Cornwel-Smith spoke about ‘Tools to Untie Thainess: How I Wrote Very Thai’, translated by Thai typographer Anuthin Wongsankakon.

Episode 1 of a 12 part series of TV5’s French Canadian documentary series about port cities. In French, speakers in English, including Philip Cornwel-Smith, are subtitled in French.